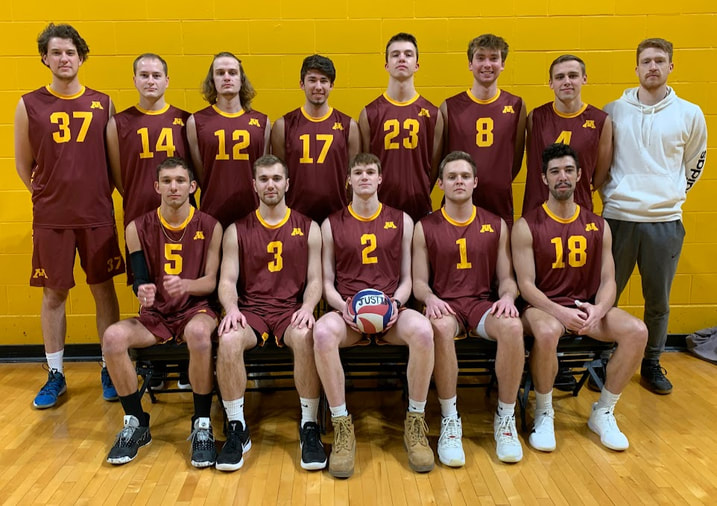 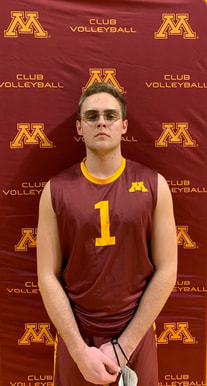 #1 Daniel Payne
Height: 6'3"     Year: Senior     Position: Setter   Major: Finance
​Hometown: Whitefish Bay, WI     High School: Whitefish Bay
Favorite Volleyball Memory: Getting the opportunity to travel the country with my club teammates
Favorite Quote: "Knowledge is knowing that a tomato is a fruit, wisdom is knowing not to put a tomato in a fruit salad" 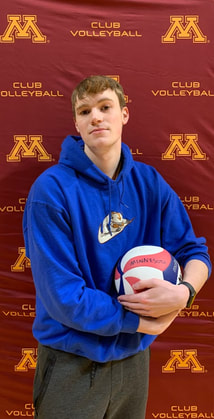 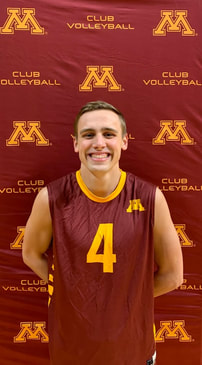 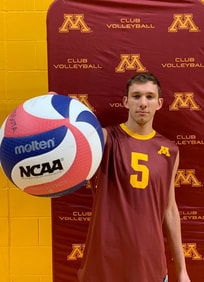 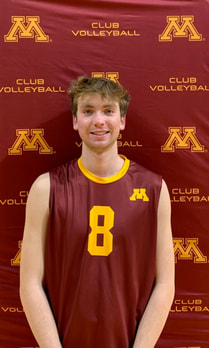 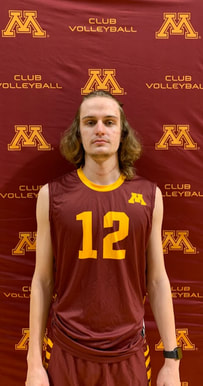 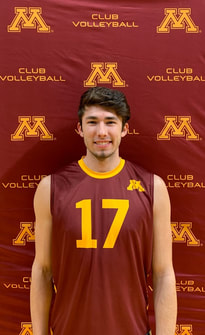 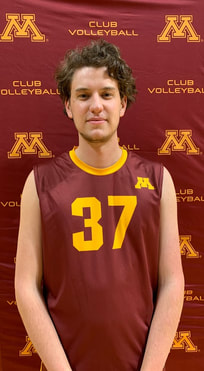 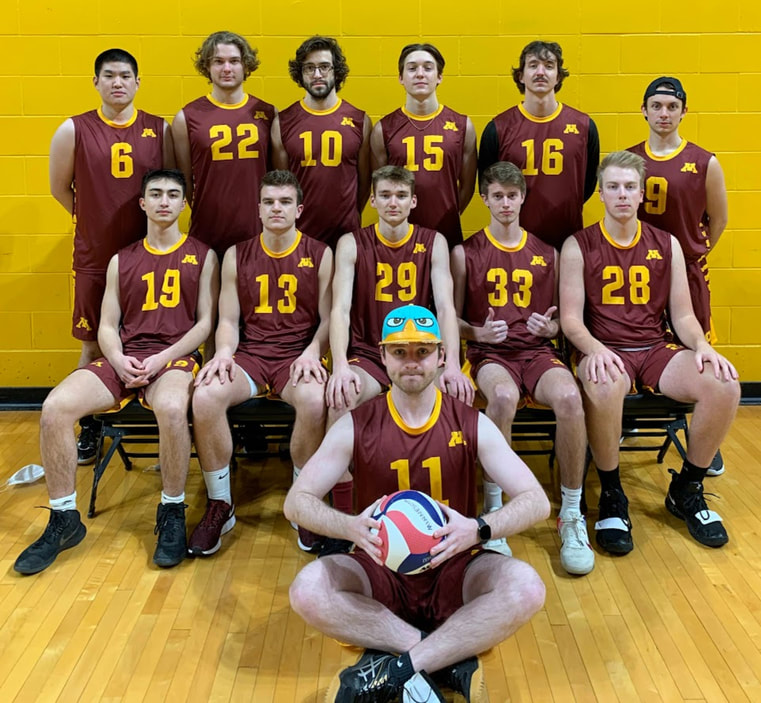 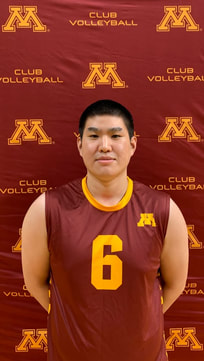 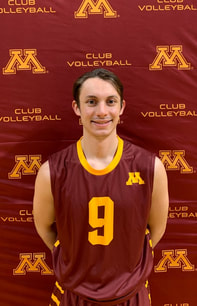 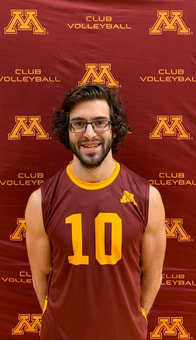 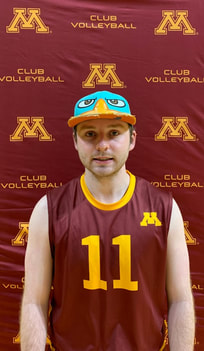 #11 Bryce Welsch
Height: 6'0"     Year: Senior     Position: Setter     Major: Industrial and Systems Engineering
Hometown: Stillwater, MN     High School: Stillwater Area High School
Favorite Volleyball Memory: Getting hit in the face by Matt Polfuss
Favorite Quote: "My name is Bella Thorne and this is the story of the time I found out I have dyslexia" 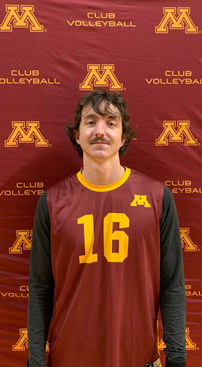 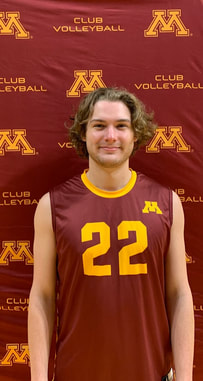 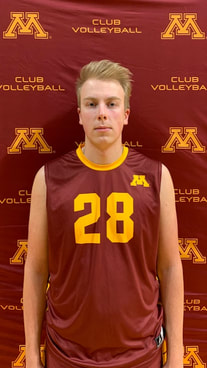 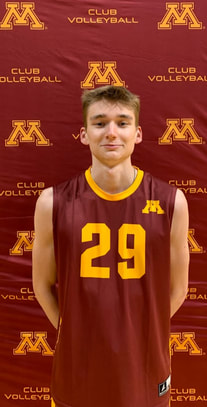 Matthew Polfuss
Hometown: Appleton, WI
Favorite Volleyball Memory: Giving up a no block kill and then coming back the very next play and hitting the kid in the face and taking him out of the game after he was talking trash
Favorite Quote: "December 5th... that sounds familiar. Either I have an exam that day or that's the expiration date on my milk" - Evan Hevrdejs 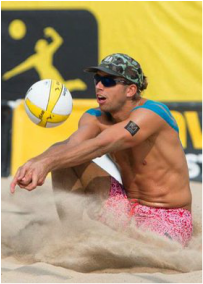 Stafford Slick
Years on Club Team: 2005 - 2009
Major: Psychology, Educational Psychology
Where Are You Now?: AVP Pro Beach Volleyball (2013 - Current), USA Beach Volleyball A2 National Team (2014 - Current), 2010 World University Games - Beach Volleyball, More to come...
Favorite Memory from UMN Club Volleyball: So many to choose from. Michigan State Libero asking me to sign his face after lighting him up on the 10-foot line at Nationals, pushing Anders Nelson underneath the net after he had one of the nastiest block I've ever witnessed, buzzing heads at Nationals, Joe Rohrer performing sweet trick jumps between hotel beds in his 8th year of eligibility, meeting with the U of M registrar to convince them that Kasen Remiersma was an academically eligible student even though he was only taking a semester of golf, volunteering at the Augustana Senior Housing with club guys and playing Scrabble against some of the craftiest veterans of the game, celebrating the season's end at Coach Wayne's end of the year parties, and countless laughs & chicken wings with a great group of gentlemen at 'The Library' after Wednesday practices.
​What Being on UMN Club Taught Me: More than I ever thought it could. 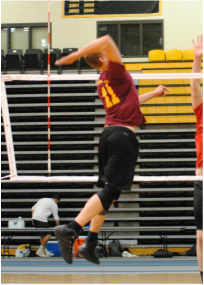 Ryan Kussman
Years on Club Team: 2008 - 2012
Major: Sociology
Where Are You Now?: Financial Advisor
Favorite Memory from UMN Club Volleyball: Playing Air Force my junior year and playing the match of our life, with a massive crowd at nationals, even though we ended up losing, 32-34.
What Being on UMN Club Taught Me: The club taught me how to interact with unique and sometimes challenging personalities. You are in close proximity to a dozen people multiple times per week and sharing personal spaces during weekend tourneys. Those interpersonal skills transfer well to the real world (I.e. dealing with future co-workers etc.) 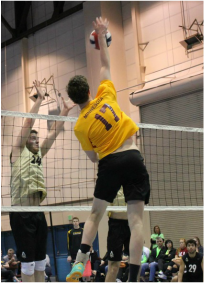 Tom Swallow
Years on Club Team: 2014
Major: Finance
Where Are You Now?: Moved back home to Australia, broke my ankle and still rehabbing it.
Favorite Memory from UMN Club Volleyball: Reno nationals.
What Being on UMN Club Taught Me: That the "Aussie Aussie Aussie" chant is quite popular Minnesota. 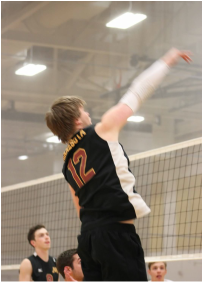 Grady Fox
Years on Club Team: 2011 - 2015
Major: Marketing and Supply Chain and Operations Management
​Where Are You Now?: Head Football Writer and Branding Specialist at SportsAdvising
Favorite Memory from UMN Club Volleyball: Beating Wisconsin in the Semifinals of the Big Ten Tournament
What Being on UMN Club Taught Me: Hard work pays off, set a goal for yourself and pursue it until you achieve it 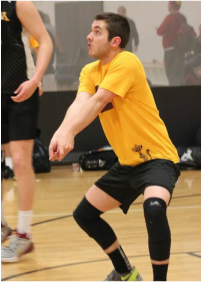 Sam Kraemer
Years on Club Team: 2013 - 2015
Major: Journalism
Where Are You Now?: I work in TV! I'm currently the weekend anchor/producer/reporter for KNBN NewsCenter1, the NBC affiliate in Rapid City, South Dakota. I hope to develop my craft here before exploring different cities and TV markets.
Favorite Memory from UMN Club Volleyball: There was a lot to love during my two years with the men's team. After reforming the club culture, we took off as a team. Finished in the top 20 at nationals in my first season. Probably my favorite moment was playing in the Big Ten Championship against Purdue. No one expected us to be there but ourselves, and we definitely put Minnesota back on the map in that tournament.
What Being on UMN Club Taught Me: Club taught me a lot, actually. First, the value of being on a team and just how much fun it is. Second, life balance. All of us were knee deep in credits and homework, yet still found time to practice, bond and travel— sometimes 10+ hours away. But most importantly, solemnly in this world can you achieve something without the help of a few other people. Our success as a club was generated by every member in the club. 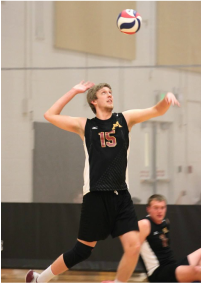 Jeff Hochstein
Years on Club Team: 2012 - 2016
Major: Classics, Linguistics
Where Are You Now?: In M.Ed. program to teach ESL and Latin
Favorite Memory from UMN Club Volleyball: Beating Wisconsin and Purdue in consecutive B1G semifinals ('15, '16)
What Being on UMN Club Taught Me: Safe driving habits